Argh, she a big fish she was and delicious.

So the first question you may ask is how did we come across a marlin chunk big enough to smoke? A friend of the bandits hooked up onto a huge blue marlin off Sydney, sadly it couldn’t be revived so it was taken to the game fishing club and carved up and handed out to many a people.

Some fun facts about marlin, it’s tough, it’s dry but smoked like everything adds a new dimension to it. 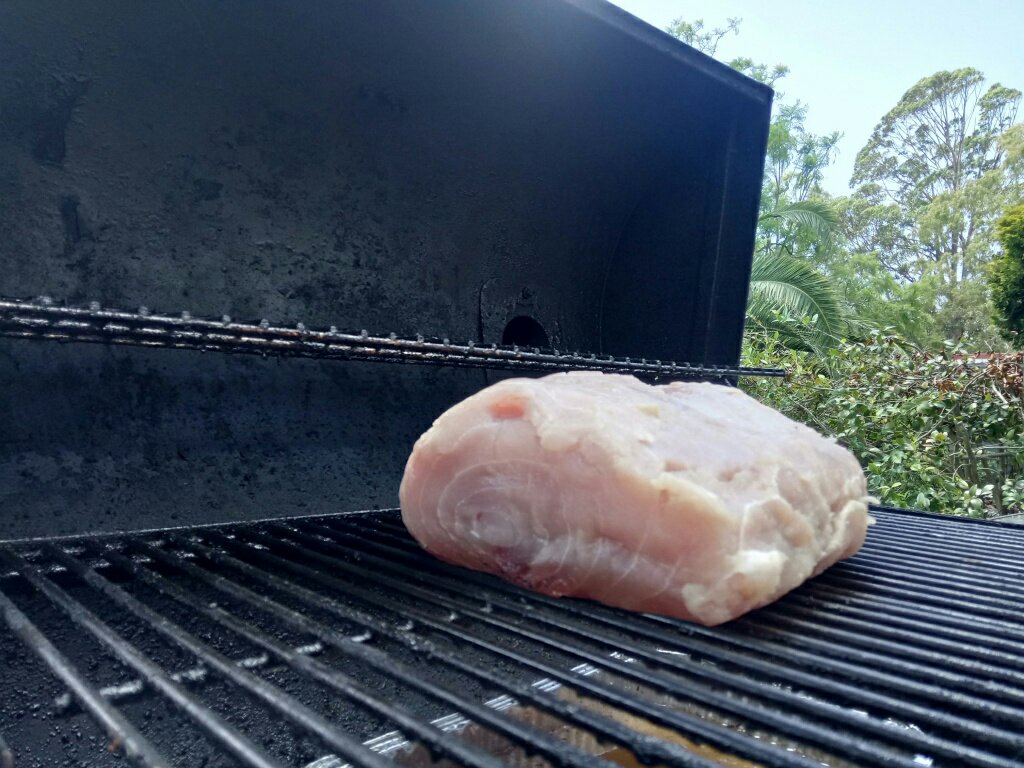 So we choose a huge piece of what I’m calling the loin around the 5kg mark. Now having never done this before it was always going to be a challenge. One thing was certain I need to keep this marlin moist af so I used a large water tray filled to the brim. 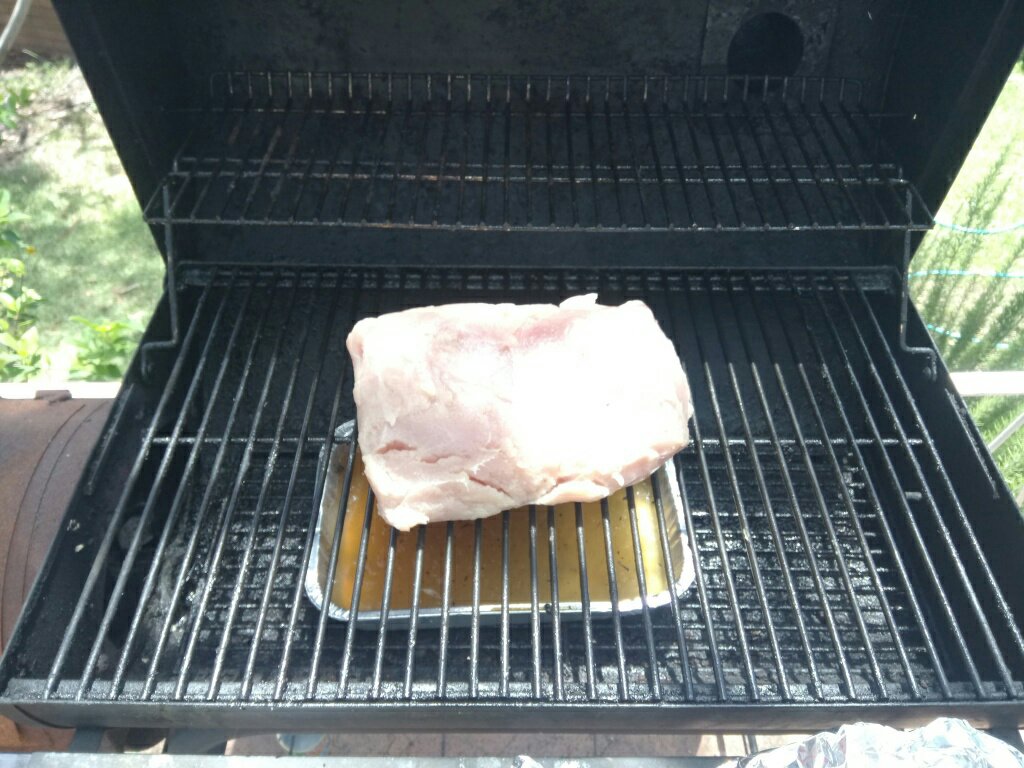 What rub did we go for?

None, I thought about it and everything I have contains salt and not wanting to dry a dry fish out anymore I left it to go alnatural.

What as the temp?

Low, around 210f mark, I read online the lower the better as it will not make the fish tense up like it does when hitting a hit pan. Seemed solid advice at the time.

Around 8-10 beers I think, so in the normal scale 4 hours ish. Was hard to gauge, the outside was firm but inside still a little under so just kept playing it by ear.

As a first attempt it turned out pretty good, by far the best way I have had the marlin to date (bit like bubba hump and his shrimp, fried, raw, curried). The outside was a little dry as expected of a fish that can turn your mouth to chalk if cooked wrong. 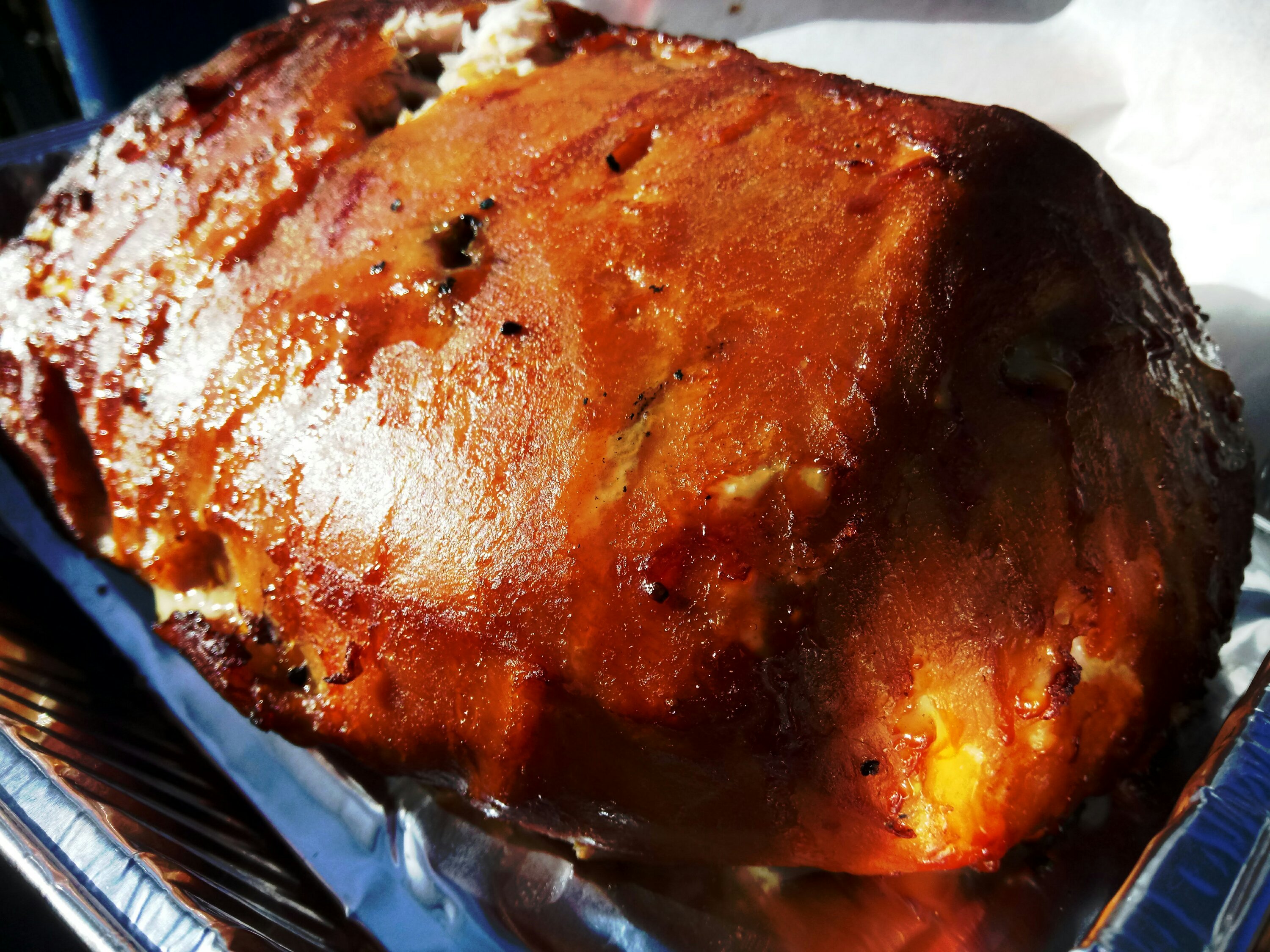 But the inside was the big surprise, when carving slabs the juices flowed out of the middle and had a beautiful aroma to it.

Now it may not look like it has a huge smoke ring but even the middle still had a smokey flavour to it which I didn’t expect from such a large piece of fish. 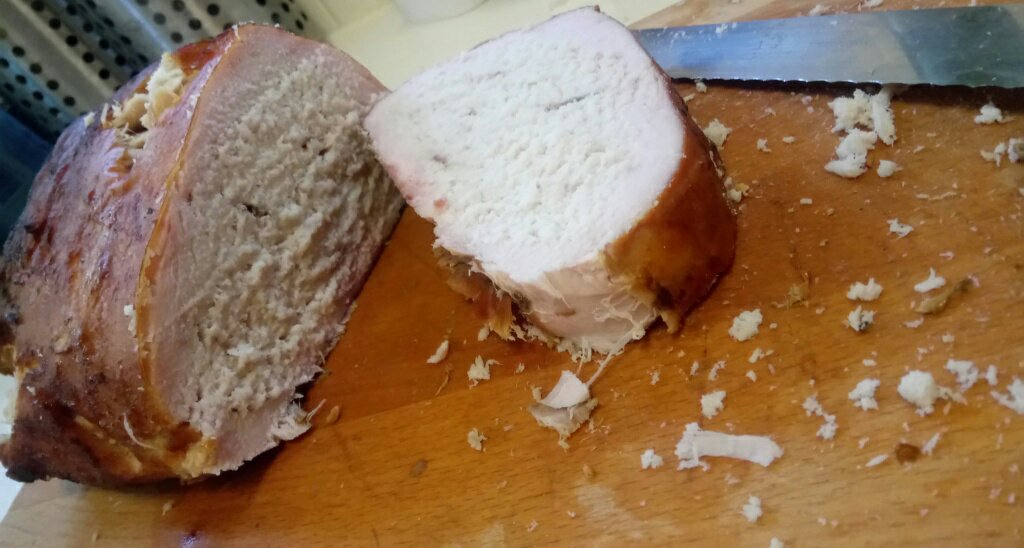 Would I do it again? Yes, although probably pull the cooking time down to 6 beers, and maybe use a sweet spritz or citrus but marlin chunks are hard to come by and would rather see these huge fishes fighting another day.